Improve listening to music in one hour

Picky listeners are sensitive only to one of the three components of music.

Suggested reading: Aaron Copland - What to listen for in music

in this website I explain a practical method to improve sensitivity to music, to learn how to enjoy and respond emotionally to music.
It is a learning by doing method, I suggest a sequence of music to listen that enhances your skills unconsciously. The training session lasts about one hour.

Moreover, I teach you how to build alternative playlists to use, according to what you already know and like.

It is very simple and very fast, and it is the synthesis of years of experiments and trials.

I know that seems unlikely that something so simple and so brief and that is condensed in a page of text could be so useful, but read this old metaphorical tale.

The ship’s owners tried one expert after another, but none of them could figure how to fix the engine. Then they brought in an old man who had been fixing ships since he was a young.

The old man reached into his bag and pulled out a small hammer. He gently tapped something. The engine was fixed!
A week later, the owners received a bill from the old man for ten thousand dollars.

Effort is important, but knowing where to make an effort makes all the difference!

You can replace years of random listening with few hours of doing the right things!

There are two beliefs you have to erase:
1) You need to know hundreds of bands and listen thousands of records
2) You need to learn something that requires effort and there are experience points to be earned

The ways of listening to music are hard-wired in your brain, the point is that there are more than one.
You just need to understand consciously or unconsciously which one to activate in the right moment and awake all them all.

How many are they?

Sometimes you need to use more than one at once.

Most of people just use always the same, or eventually they change it and believe they have learnt or progressed or evolved. 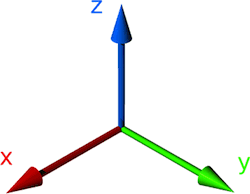 X) Jimi Hendrix - Band of Gypsys - side A (Who knows, Machine Gun)

After years I finally found a routine that fits my needs:

a playlist of 1 hour that trains your brain to listen to any kind of music with little or no effort.

You can use it before a concert, if your listening skill are decreased after a period of rest, once a week for the rest of your life... It is a fast and incredible booster of your abilities to grasp everything happens in a musical piece!

Do you want to build your own routine according to your tastes? Keep reading...

It is really easy to understand:
music in my mind moves in three dimensions and you have to follow it in the right direction:

In my definitive method, if you learn to scan these three dimensions, you will enjoy any kind of music better and you will learn very very fast.

You don't need to read anything, just to practice 20 minutes of each one and train your brain to move in the three dimensions.

If you are good in X and listen to music that has little X and a lot of Y, you will be bored or annoyed.
That's why musical tastes change sometime: you change your skillset (you get strong in Z and weak in X for example).

And that's why for example classical or jazz trained musicians are often clueless in understanding value in other genres (hint: they crave for Z and look for it where there is little).
Or why ancient music has a different public from Italian Opera (ancient music public is very good in listening in the Y direction).

What are the three languages you need to know?

X) Groove, a language typical of black music, but present in any modern music.

The materic surface of music like rhythm, tone color, dynamics are the sources of emotional content but syncopation is the main distinctive characteristic. It is also called swing, shuffle, clave depending on the genre.
Funk, R&B, Blues, Caribbean, Afrobeat, hip-hop are natural sources of groove.
The circular element of music.


Y) Polyphony, and in particular counterpoint. The ability to listen to many different indipendent melodic lines and to understand dialogues between them. For example Ockeghem, Palestrina, Bach, Mozart, Webern, Ligeti.
The horizontal component of music.

Z) Harmony, in particular the ability to grasp chords as both an unity and their distinctive single notes and to relate subsequent blocks between them.
Jazz, most Italian Opera, romantic and post romantic piano music and symphonies...
The vertical component of music.


Once you understand the rationale, you can build your own routine according to your tastes and your level of difficulty.
As a very simple rule of thumb, a way to build your own:

let's try an easy listening one as an example:

A more difficult one?

You can mix them up


The combinations are infinite...

You need to be used to detect:

In most jazz you have both a circular flow of time and a vertical harmony to follow in the same time, and so it is difficult for beginners.

In most classical music you have both a linear flow of time and vertical harmony to follow, so it is difficult for beginners.

You will begin to start overrating  Beethoven and underrating Mozart, or listen only to "real jazz" (hard bop) over free and fusion or blues and soul.

The "Mozart is boring" syndrome or "electric Miles Davis is not real jazz" snobbery comes from a more restricted understanding of music, not a better one.

These are clear example of Z-addiction.

Beware that a lot of heavily  and fast rhythmic music like most metal,  must punk, some disco is Y, not X because the flow of time is not circular but linear and so it is more similar to classical music than blues.
Some minimal or repetitive music like drone based music is linear too (Y).

A lot of good music in the XXth century has no particular bias in any direction because Groove, Counterpoint and Chordal Harmony alternate or overlap.

I think this video is the best way to show it:

Any music, and I insist ANY, is made up of the same three ingredients, the recipes are different.
Once you learn (and try not to forget) to taste each one, you have nothing to learn.

In fact during the testing of these routines, at the end I checked my response not only to 12-tone music by Schoenberg and Alban Berg or integral serialism by Messiaen, Milton Babbitt, Pierre Boulez, but also to delta-blues  and punk hardcore, namely Robert Johnson (X) and Hüsker Dü (Y), or extremely demanding rock music like Trout mask replica by Captain Beefheart (YZ) or primitive folk like John Fahey (X).

X) Son House - John the revelator voice and clap only

but at the end of your training you will do.
Another thing you will be able to do is to listen to a Y only (no X and no Z) record by Lou Reed called Metal Music Machine. I know that you don't believe me, but it is not true the music is random in that record: he does stuff. Probably not a masterpiece (I prefer La Monte Young) but you can listen it.

Don't believe that this is useful only for difficult or extreme music, you will appreciate Taylor Swift (Z), Kendrick Lamar (X) and Blondie (Y)  more than before too.

In the end, my conclusions after years of experiments are rather simple: you have to practice blues and  two flavors of classical music to be a good listener. Anything else is a natural consequence.

As a matter of fact, it has been the result of 17 years of trial and error, but it nails it, fast and bulbous.

For fun I tested an Italian easy listening playlist

and a disco one

and they work too...

If you want a homework :)

Try to figure out why I made these distinctions, in each group the differences are much smaller than the previous routines I suggested:

It is tough to grasp how to listen to music when it is skinny:

but also when there is too much stuff in it, the following is splitting hairs and counter-intuitive:

I still can't believe that the three previous bands have to be listened in three different ways, but it seems so.
I have an intuitive understanding, but frankly I cannot explain it.
Are Gentle giant  more funky, Vdgg more classical, Yes more jazzy?
Maybe.

Similarly I could say:

are a temptative to discern the bluesy approach (X), the free form (Y) and the classical/jazz attitude (Z) in  rock bands that include everything possible in their music.

I repeat myself, this is valid for every kind of music, there is no snobbery at all:

I want to put it very simple: when you listen to a  pop rock song, what does it hook you?

X) the riff
Y) the melody
Z) the chord progression

What happens when there are at the same time a riff, a melody and a chord progression each one able to hook you?

Listening strategies you need to activate every morning 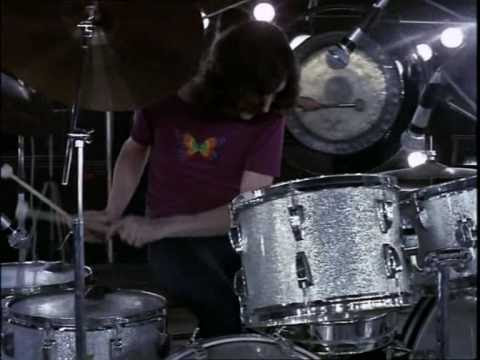 Pink Floyd - Set The Controls For The Heart Of The Sun 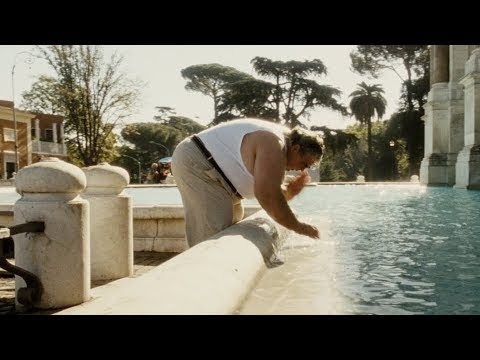 You can just skip the text and  watch the 12 embedded videos, they are selected and  ordered to be a training session. Start from the one above! Good morning, This is the ultimate release of my method about learning how to listen to every genre of music. Moreover I provide a reasonable explanation to why some people seem to respond differently to various musical genres or to different valuable bands in the same genre or subgenre. In particolar it is guaranteed that with this method you will learn how to listen to 1) blues 2) classical 3) jazz and romantic/modern classical the three genres I am interested in.